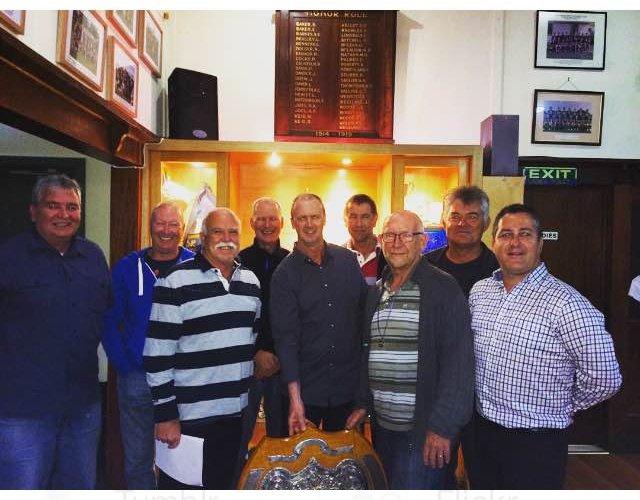 At the 2015 Annual General Meeting, the members of Williamstown Lacrosse Club inducted Gregor ‘Gus’ Garnsworthy as a life member.

This is an honour well deserved and a probably long time overdue.

Gus was unanimously selected for life membership in the presence of a number of members of the 1985 and 1986 State League premiership teams.

Gus played an instrumental role in the development of juniors at the Williamstown Lacrosse Club, particularly in the 1980’s. Gus, a teacher by trade, successfully passed on his passion for the game onto many of the juniors he coached. He built a strong foundation for the future generation of lacrosse player at the WLC. Many lacrosse players under his tutorage went on to have long and successful lacrosse careers playing for the club, representing Victorian and Australia. Many of these players’ honour and respect Gus for his efforts in assisting them realise their full lacrosse potential.

Gus played a significant role and was involved in running the WLC Saturday morning Sofcrosse programme of the late 70s- early 80s, with Georgia Flaherty.

He was instrumental in the establishment of the highly successful Local Primary Schools soft lacrosse competition of the mid 80s; and coached the U16 WLC teams to two consecutive premierships in 1983 and 1984.

Gus has a very impressive and long list of Lacrosse accolades which are listed below.

The success of this Club in the last 20 years can be contributed to many individuals who have devoted their time and energy toward the advancement of Williamstown Lacrosse Club and lacrosse in general.

A Snapshot of Gus’ on-field achievements

The following accolades and player statistics were extracted from the Williamstown Lacrosse Club Annual Report and Club Player Statistics posted on the website.

No of A Grade Premierships “Fearons” Player (13)